The Spires are a trophy representing both hubris and progress.

This machine, called the Neueontroinic Extractor, was rushed, untested, and shoddy. But the corporation didn't care. It demanded the machine be turned on ahead of schedule, no matter what.

The Neueontroinic Extractor ripped a hole in the universe, causing a torrent of Neueontroinic Radiation to pour into our world. This radiation started to destabilize reality, turning formerly normal areas into twisted, non-euclidean spaces dubbed “Spires”.

Soon only tiny colonies of humans remained, huddled in the few places the Spires hadn't corrupted. Things felt hopeless. Until one day, something changed. Across the globe, reports started to pour in about strange cybernetic creatures falling from the sky. These beings ventured into the Spires, dissipating the radiation and returning the area to normal.

One fateful night, a broadcast radiated around the world. A resistance group called NeoSky revealed that they had created the beings. And that the beings were called ANGELs.

ANGELs are cybernetic beings that can venture into the Spires and survive. Beings equipped with tools that can break up the energy holding the Spires together, allowing people to live normal lives.

However, not even ANGELs are invincible.

Each player controls an ANGEL, a consciousness that inhabits an easy-to-modify cybernetic body. These beings are tasked with venturing into the Spires to rescue people, collect information and eventually destroy them.

However, the Spires are full of dangers, and if the ANGELs don't act strategically and communicate effectively,  they risk getting destroyed by the many hazards that populate these horrific locations.

ANGEL: NeuEon is based around cards.

Each player has a deck of cards that they add and remove cards from throughout the game, representing the ever-changing nature of their ANGEL's cybernetic body.

The Spires are made from a grid of face-down cards. In each grid, players must try and locate the 4 hidden aces while avoiding various dangers. Each card also has a prompt associated with it, and these prompts will help you think about your ANGEL and the world around them.

Also, during the game, players are only allowed to look at the grid when it is their turn, meaning that clear communication is essential if the ANGELs want to succeed.

-1 Deck Of Cards Per Player

-1 Deck Of Cards For The Table

In order to download this game you must purchase it at or above the minimum price of $8 USD. You will get access to the following files:

Support this game at or above a special price point to receive something exclusive.

Please Take A Free Copy If You Can't Afford The Game 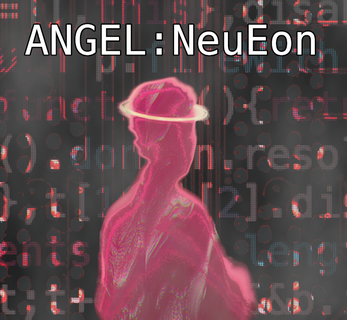 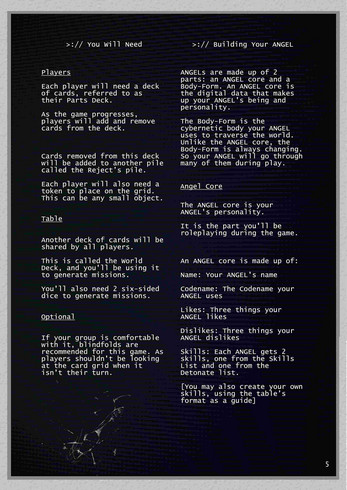 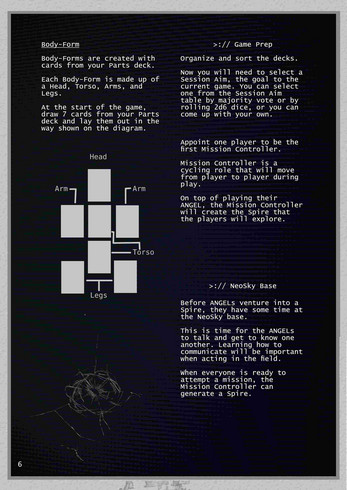